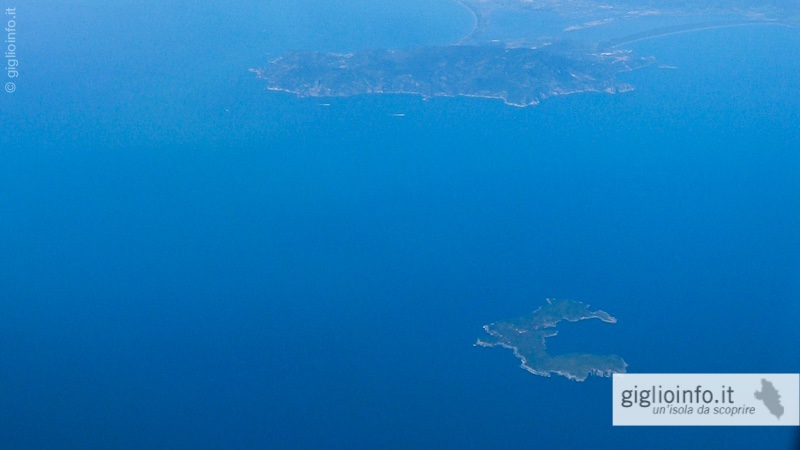 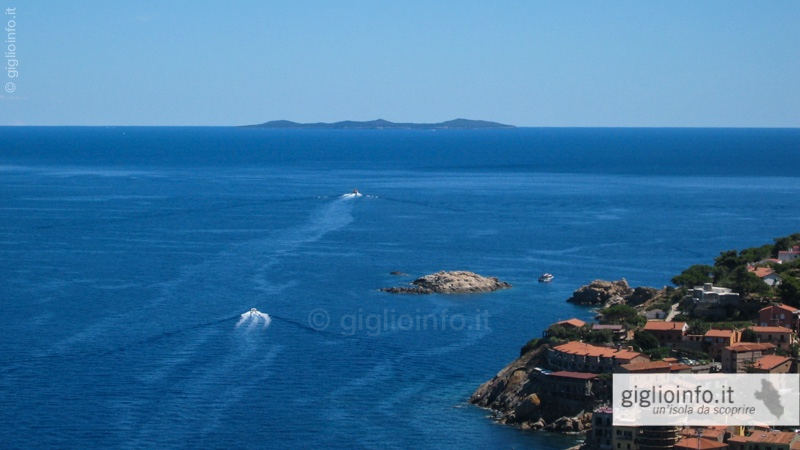 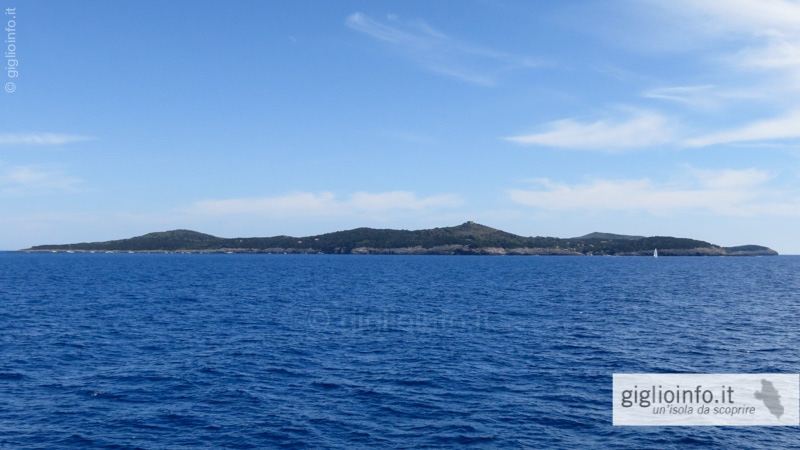 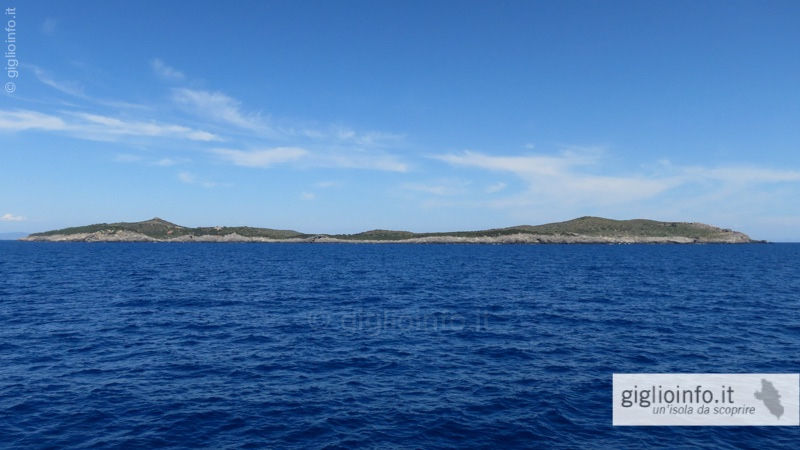 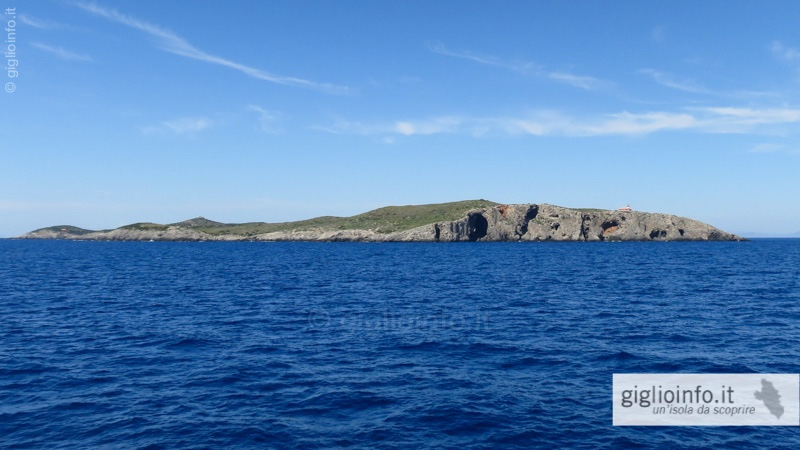 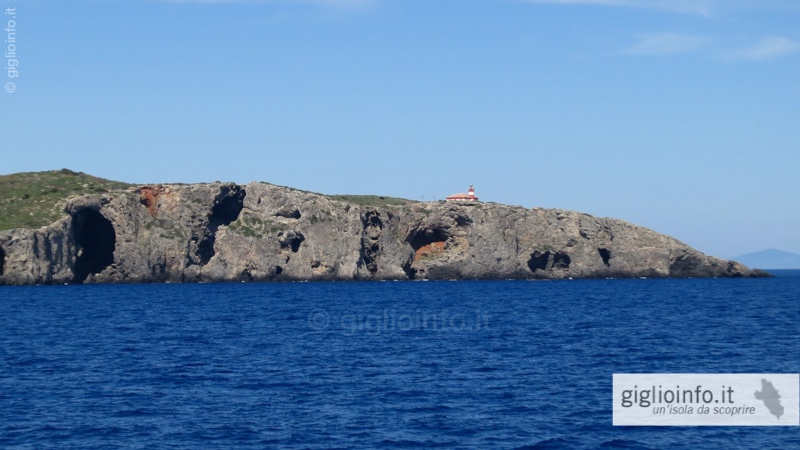 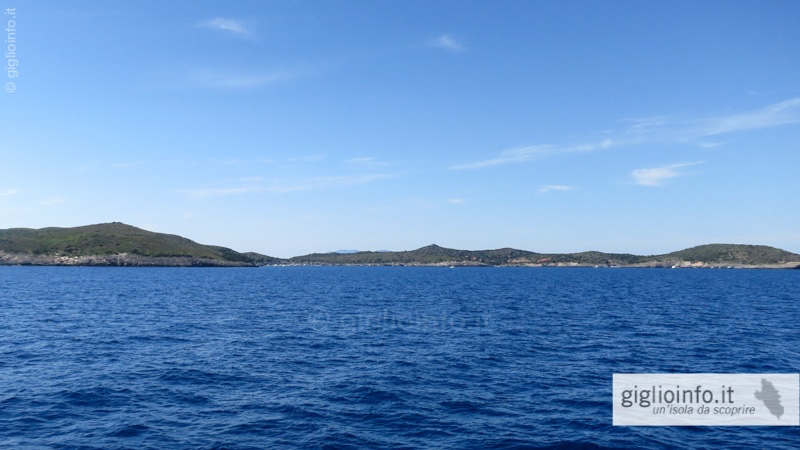 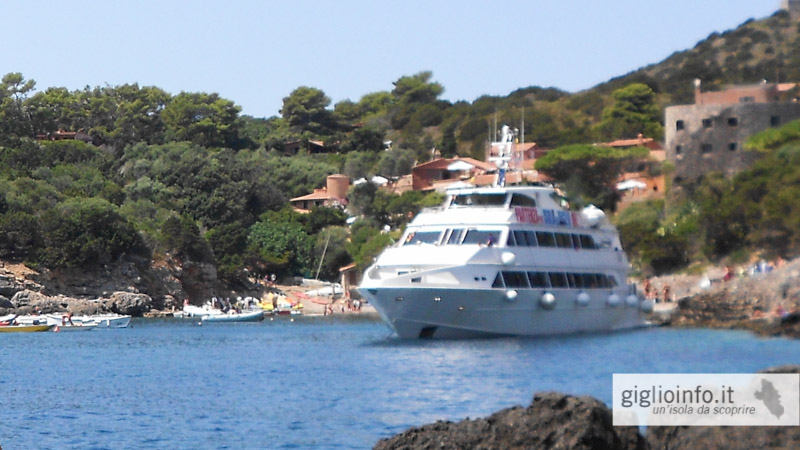 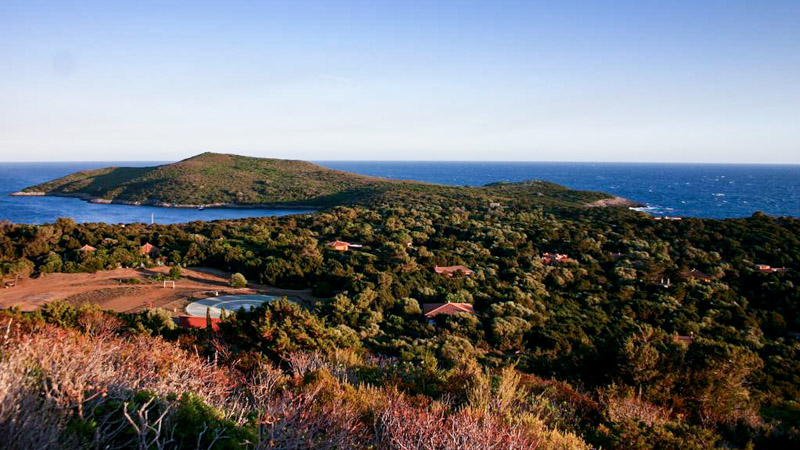 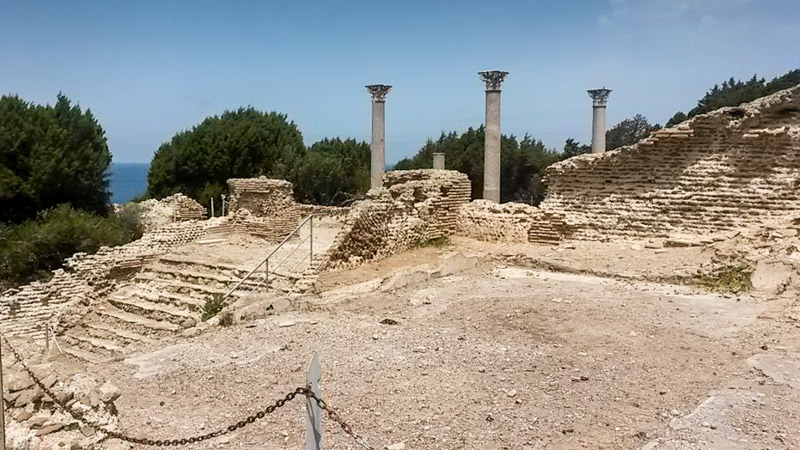 South-east of Giglio lies the southernmost of the islands of the Tuscan archipelago, the island of Giannutri, with its unmistakable shape of a half-moon.

Giannutri is a small paradise with no cars (and roads) and no major tourism structures. The island is largely privately owned, and despite the houses scattered between Cala Maestra and Cala dello Spalmatoio, it is still dominated by the low Mediterranean scrub with its colors and scents. It has a rocky, rugged coastline and only one small sandy beach in the Maestra Bay. Its crystal-clear waters with some shipwrecks attract thousands of divers every year.

About 8 nautical miles south-east of Giglio and 6 nautical miles southwest of Monte Argentario, the second-smallest Tuscan island of 260 hectares is about 3 kilometers long and 500 meters wide. Its coast covers 11 km. The highest point is the Poggio Capel Rosso with 88 meters above sea level. In contrast to Giglio, the island consists exclusively of limestone rocks. Administratively it belongs to the municipality of Isola del Giglio (Grosseto district).

Near Maestra Bay, you’ll find the imposing ruins of a beautiful Roman villa, Villa Domizia, dating to the 2nd century BCE, built by the Domizi Enobarbi family, an ancient patrician family of merchants whose members include Gneo Domizio, the husband of Agrippina, the mother of Nero. The remains of the Roman villa can be visited again since 2015. 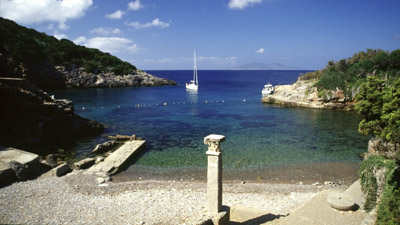 The island of Giannutri was definitely already inhabited in prehistoric times, as shown by the discovery of many prehistoric weapons and tools. Etruscan and Roman dwellings were also found.

The Romans also left behind the ruins of an ancient port at the Bay of Spalmatoio and the ruins of a villa built at Maestra Bay in the first half of the 2nd century A.D.

Giannutri was also on the shipping route along the Tyrrhenian coast. To this day, wrecks of ancient merchant ships lay on the seabeds off the island – proof of the island’s ancient maritime trade with the mainland. 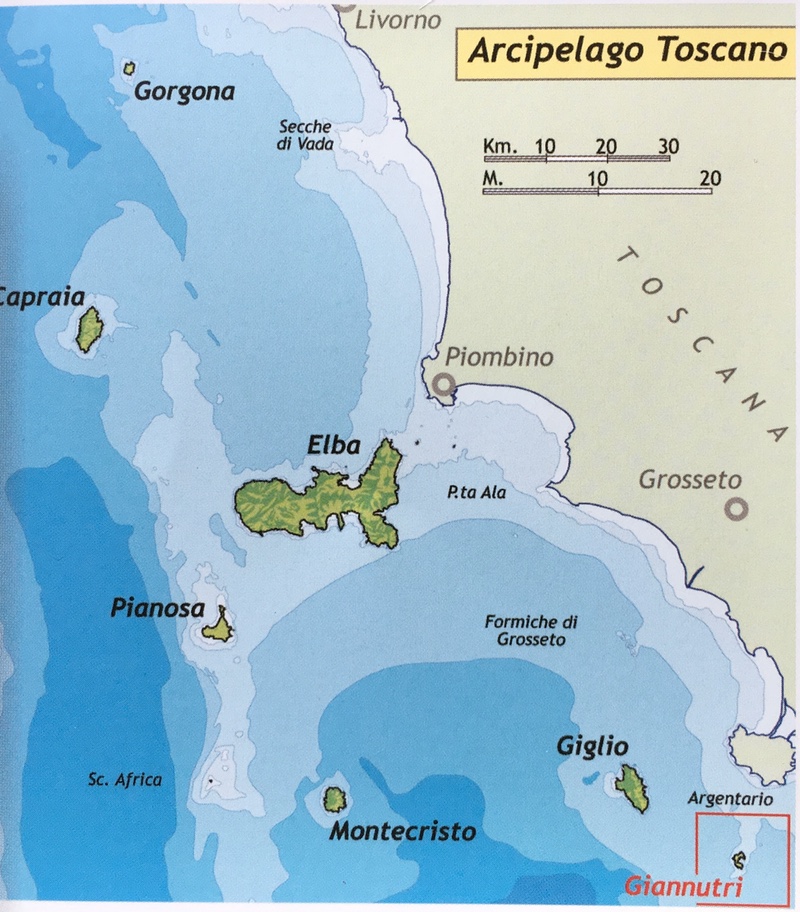 Giannutri is also often called "Isola dei Gabbiani", Seagull island. This name derives from the large colony of Mediterranean gulls (Larus Michaellis), which differs from the Gabbiani Reali (seagulls) in the coloring of the legs, yellow instead of pink.

The island is the destination for a variety of migratory birds that use the island as a nesting site during their migration to Europe. These include, for example, the Pallid swift (Apus pallidus) and the Mediterranean seagull (Gabbiano reale), which colonized the coast. In the exceptionally transparent sea you will find a great biodiversity of animal species.

The Roman Villa of Giannutri 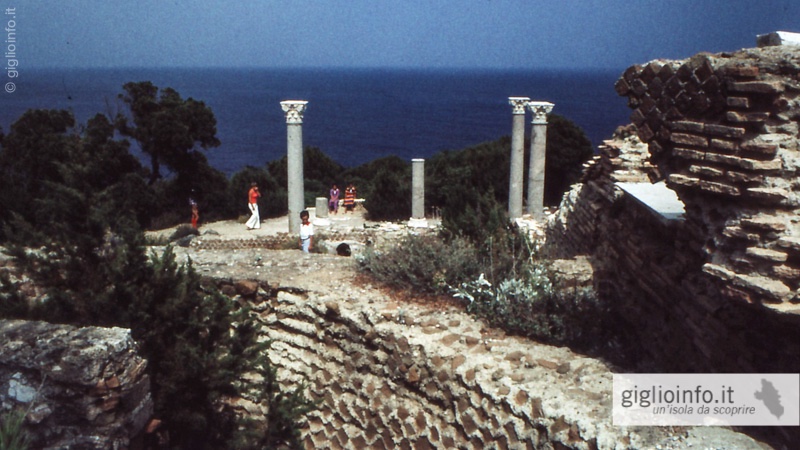 Villa Domizia was built in the first half of the 2nd century A.D. by the Enobarbi, the imperial family that owned Giannutri. They spared no expense to build this residence with a breath-taking view of the coast.

The villa covers about 5 hectares of land and has a sprawling terrace with a path leading directly to the sea. Archeological digs unearthed ruins of flooring decorated with delicately-crafted marble and black and white mosaics. This ancient complex was made up of the imperial family’s residences, where three lounges must have had heating systems, as well as slave quarters and thermal baths. Even today, it is still possible to see the system of pipes and cisterns that distributed rainwater (and water coming from the mainland) over the island.

The archeological site is open for guided tours. The still visible remains of a variety of structures are located in the central-western area of ​​the island, on a vast stretch of coast between the bay of Cala Maestra, where the port was located, to the Punta Scaletta, where the housing developments were. There was a second dock on the opposite side in the bay Cala Spalmatoio.

The actual villa (A) was built on a slope sloping down to the sea on shifting levels with many terraces. Directly behind the main house are the remains of a building with several rooms called "Conventacci" (B).
Along the main path that connected the villa with the port (now privately owned and inaccessible), there are the remains of some buildings, the function of which is not well known (C; D; E), the baths or terms (F) and further buildings (G), which were located in the entrance area of the villa.

In the bay of Cala Maestra was the port of the villa, with u.a. the building "Le stanze" (The Rooms) (H, I), the "Monumental Exedra" (L) built on the cliffs, the dock (M), the cistern (N) and a building "tronco-piramidale" (O ) of which one does not know the function. Further south is the "Cetaria" for fish farming and its conservation (P).

Visit to the Roman Villa

Since 2015, the villa is open to the public again. From June to September, guides accompany visitors on an archaeological tour in groups of up to 25 people. The entrance fee is EUR 8 per person.

Also in low season, the archeological site opens for guided tours: A flat-rate ticket of EUR 200 per group with up to 25 persons will be charged. 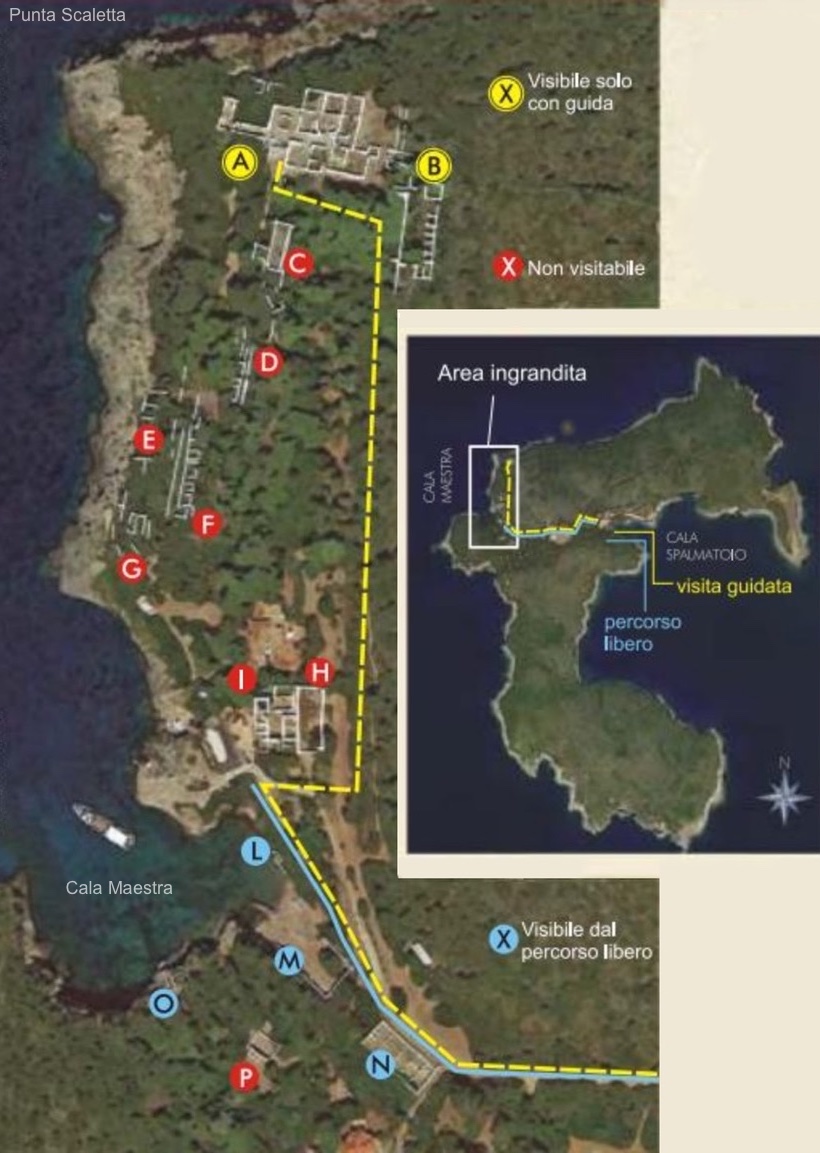 Giannutri is a true paradise for those who love snorkelling and scuba diving: the sea bottoms are unspoilt and rich not only in fish but also in corals, underwater meadows of posidonia, and even the ruins of ancient shipwrecks.

Punta Scaletta is where you can find the remains of an intact Roman boat, likewise in the Bay of Spalmatoio, where there are the ruins of both Roman and Etruscan-era wrecks.

The best diving spots are:

The National Park of the Tuscan Archipelago on Giannutri

The island of Giannutri is part of the Tuscan Archipelago National Park and, in contrast to Giglio, has been declared also Marine Park.

In Zone 1, up to 1 km from the coast, fishing, navigation, docking and diving are prohibited.

In Zone 2, the fishery is regulated by the Park Authority. Fishing and underwater hunting is usually prohibited. Residents are allowed to do sport fishing with an angler, while non-residents have to obtain a permit from the park.

Any kind of boats may anchor only in the areas of the Maestra Bay and Bay of Spalmatoio.

To reach Giannutri, you must purchase a 4 euro ticket, paid directly to the carrier taking you to the island. From Porto Santo Stefano there is a regular ferry service (1-2 times a day in high season) and the crossing takes about one hour (see timetable below or online). Between April and September, day trips are also offered from Porto Santo Stefano or Castiglione della Pescaia.

From Giglio there are no cruise boats leaving for Giannutri in recent years. However, some boat rental companies on Giglio (such as La Perla Nera, Giglio Campese) offer excursions for small groups. 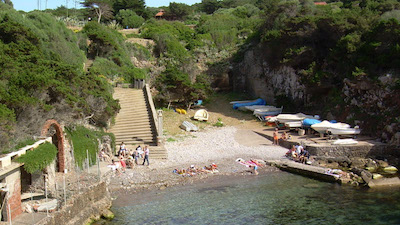 Boats land at the Bay of Spalmatoio, even if at times, depending on the wind, the boat can arrive at Maestra Bay on the opposite side. In Cala Maestra you will also find the only small sandy beach, the rest of the coast has very rugged rocks and hardly allows access to the water.

The island invites to be explored on the hiking trails, but this is only allowed in the company of an official hiking guide, to be requested at the park authority. The only free pathway is between Maestra Bay and Bay of Spalmataio. Likewise, the visit to the Roman Villa must be reserved in advance. 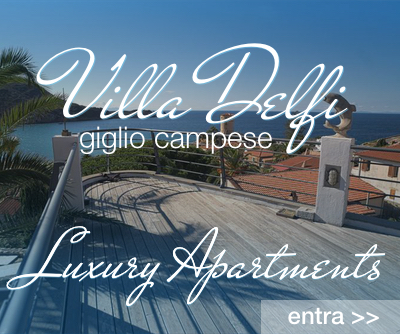